Renting a home is now cheaper than buying one in more than half (54%) of British cities, according to the latest data from Zoopla.

The average monthly rental payment on a two-bedroom home across Britain's 50 cities rings in at £690 – that's £47 cheaper than the average mortgage repayment of £737.

(Mortgage repayments are based on loans of 90% of the average value of a two-bedroom home in the city payable at an interest rate of 4.5%.)

The research found that Londoners fare best when it comes to renting, paying 47% less (£1,861) than the average mortgage payment (£3,001) in the capital.

Why is this happening?

The proportion of locations where it's now cheaper to rent a home than to buy one has increased by 14% since October 2016 which is the last time Zoopla ran the numbers. Then, it was more cost-effective to rent in just 40% of British cities.

However Zoopla spokesperson, Lawrence Hall issued a note of caution on the findings. He said: "It's important to remember that, while renters may be better off in the short-to-medium term in some areas of the country, buying a property is a long-term investment.

"And, with most buyers opting for mortgage terms of 25 years, buyers are likely to be better off overall compared to those who choose to rent." 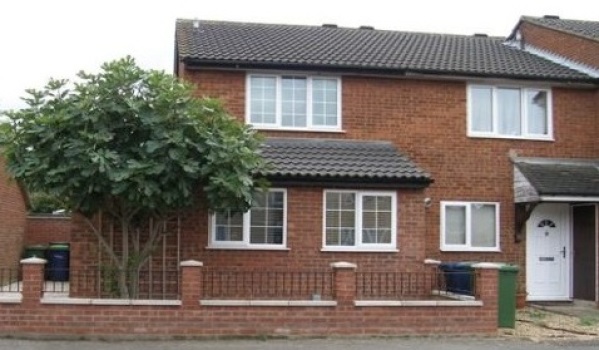 Above: A two-bedroom home up for rent in Cambridge for the average monthly cost of £1,099

Who does it affect?

Londoners save the most in the rent-versus-mortgage scenario, forking out nearly 50% less than the average mortgage repayment each month.

However, the better value of renting demonstrated here is most comparable to first-time buyers, as many existing homeowners will have more than 10% equity in their property and will be paying mortgage rates of less than 4.5%.

The situation was reversed in other parts of the country, where buying a home was found to be cheaper than renting. It was most stark in Glasgow where servicing a mortgage is 31% (£174) cheaper than paying monthly rent.

Next was Dundee where it costs 29% less (£549) each month to service a mortgage rather than rent.

On the flipside, Yorkshire is an ideal county to buy a home in. Bradford, Barnsley and Leeds, all cities within the county, rank within the top 10 locations where buying is cheaper than renting.

Once logged in you can amend your personal details, add/amend/delete email alerts and access your saved properties.

New property alerts are sent to your requested email address at your selected frequency once an we publish a new property or a price change takes place.

To manage your alerts, click on the members icon at the top of the screen once you are logged in alternatively you can access this from each and every property.

You can register here!